Volunteering in Africa by Samara Linton

Samara Linton is a third year medical student at Cambridge University and the 2012 ACES Diamond Ball Award winner. Samara is swiftly becoming one of the UK’s next young ‘movers and shakers’. Samara has kindly shared her experience of volunteering in West Africa (Ghana). She hopes that more students will volunteer and help others during their summer breaks. Read about her wonderful experience below and do leave a comment.

Last year, I was given the opportunity to volunteer in Ghana with the African Gifted Foundation, a charity for gifted and talented students from several African countries. Like any good medical student, I also seized the opportunity to extend my trip by a week to gain some experience in a hospital.

The students, aged 14-16 years old, were selected for the academy based on their academic merit and so I spent the week with some very bright and inquisitive minds! Based at the Aiti-Kace centre, a technology institute in Accra, their lessons focused on areas that most of the children had never been exposed to in school: finance, space science and code breaking. The aim was to stretch the students’ minds and expose them to the different career routes available to them. For many of the children, this was their first time leaving their home countries and it was a joy to see them interact with and be challenged by their peers from across the continent. 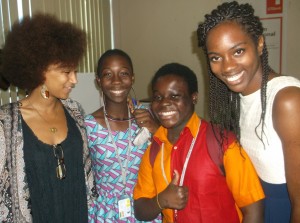 Like myself, many of the children were the first in their families aiming to pursue medicine as a degree and they were particularly interested in my experiences of applying for the course and studying medicine itself. I had the privilege of sharing my experiences with these students and supporting them in their aims to continue in education. 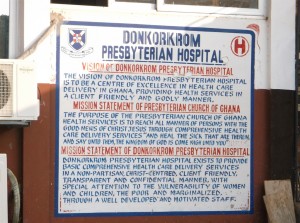 I travelled to Donkorkrom, a small, rural town in the Eastern region of Ghana, accessible only by boat. There I spent time in the hospital as well as the local orphanage which housed about 18 children. 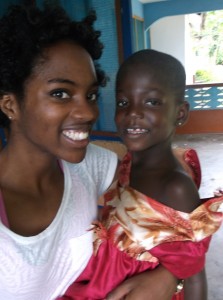 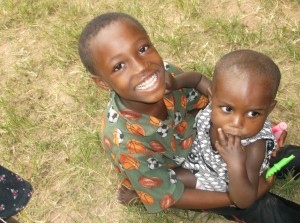 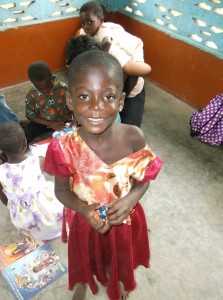 Though I had been warned not to get acclimatised to the Western charity-styled images of a poverty-stricken, malnourished and primitive Africa, I still found myself surprised by the familiarity of the diseases we encountered and the quality of services provided. Hypertension was by the far the most common disease, with high salt diets being the major contributor. We spoke with the psychiatrist as he shared his experiences of patients with very familiar illnesses such as depression, as well as more uncommon ones such as typhoid psychosis.

As was anticipated when visiting a West African country, I encountered many cases of malaria and noted the associated prevalence of sickle cell anaemia. Nonetheless, the locals still laughed whenever I doused myself with DEET in desperate attempts to avoid being bitten. To many, malaria was nothing more than a seasonal illness that could sometimes go very wrong. 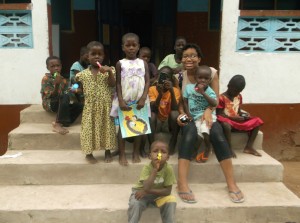 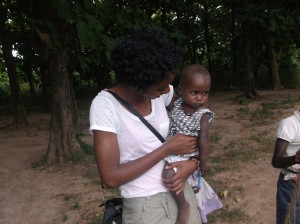 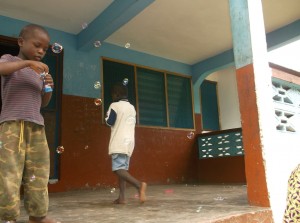 As was expected, my time spent in this small, rural hospital was far more than just an academic learning experience. Ghana provided me with interactions with patients that provided a cultural and social education I simply could not have experienced in the UK. One particular experience that has remained with me was in the maternity ward, when the doctor prepared a patient for an induction abortion due to medical complications.

Despite being pregnant with her seventh child, it was her first time in the maternity ward of a hospital and I watched her suppress tears as she was made endure the uncomfortable and undignified procedure. I was desperate to console her, but unable to speak the language I simply stood by the bedside silently observing her discomfort, conforming to the cold, white-coat stereotype.

I was reminded that though the hospital is situated in the centre of the town, with the maternity and children’s wards as its focal points, many women choose to go through their pregnancy without medical intervention. For many, a hospital signifies only sickness and death and so childbirth is kept separate from it.

In addition to my time on the wards, I observed a couple of caesarean sections. One of the women requested to have her tubes tied and again I marvelled at the level of medical intervention available to seemingly very poor people. I was also pleasantly surprised by the great efforts being made to remove stigma from certain conditions. Though the young unwed mothers were still ridiculed and embarrassed, with abstinence before marriage being the socially accepted behaviour, I noted that HIV positive patients were referred to as IMC (immunocompromised), removing much of the associated stigma with their illness.

I was thrilled by the numerous posters campaigning against stigma associated with HIV/AIDS, supported by religious and political leaders. Despite the abundance of adverts for family planning care, one of the doctors informed me that the service was solemnly used which raised questions of just how effective the anti-stigma campaigns would be against the prevalent social norms and values. Nonetheless, it is always refreshing to see the medical, political and religious communities working together to remove stigma and reach the most vulnerable.

Ghana provided some of the most incredible experiences of my life and helped give me glimpse of what future my career may hold. I would encourage all students to embark on similar trips – you really will be inspired by what you see and learn. 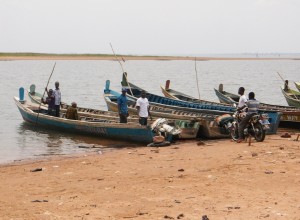