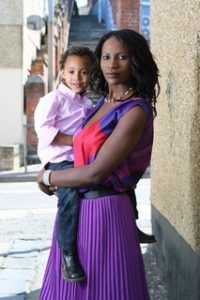 I was delighted to learn and write about Caroline Marsh’s journey in becoming one of the leading property investors and philanthropists in the UK. Especially, as a young black woman who would like to become a successful business owner and run my own foundation providing financial support for bright underprivileged young women in Nigeria.

Her story can be summarised by John Rohn’s quote: “human beings have the remarkable ability to turn nothing into something.”

Caroline Marsh ‘Channel 4’s Secret Millionaire’ joined forces with ACES Youth Project to inspire young people, specifically those from Black, Asian, and Minority Ethnic (BAME) backgrounds. In 2009 and 2010, she was the award presenter for ACES. She was also the Enterprise and Inspirational Female Speaker in schools between 2010-2014.

In 2008, she was selected to participate in Channel 4’s popular series “Secret Millionaire” as a philanthropist. She went undercover for 10 days as a single young mother living in Toxteth with her 2 and a half year old son Ashley. The experience helped her realise that even though England is an affluent country full of opportunities, there are deprived areas. As a result, her perspective on investing in others changed completely.

Caroline is an individual whose background on paper makes her success as a millionaire property investor incomprehensible. How does a young black woman from Zambia with a secondary school education become one of the leading property investors in the United Kingdom?

Caroline Marsh came from a middle class background, her father worked in the air force and her mother was an accountant. Unfortunately, her father who she describes as her “greatest inspiration growing up” passed away when she was 13 years old. Soon things became really hard, as she was now being raised by her single mother. As a result, she was unable to continue her education. However, her resilience and vision to dream beyond her circumstances provided her the determination to pursue all of her goals.

Caroline Marsh always dreamt of becoming an airhostess. She made that happen and was selected as one of the 10 airhostess for Zambian Express Airways out of 5,000 applicants. After three and a half years the airline disbanded and she became unemployed. However, her go-getter spirit landed her a meeting with the company’s liquidator. She left with her last paycheck and a date with the liquidator now husband Mike Marsh. 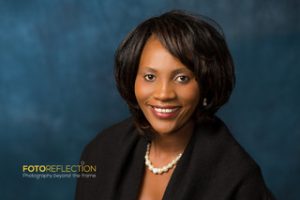 In 2002, she came to the United Kingdom with her husband and they started their own family. Before becoming the Zambian property mogul that she is today, Caroline spent her first two years – as a housewife, an administrator and promoter for a marketing company. Her encounter with Steve Bolton a leading property investor and entrepreneur whilst she attended her husband’s business conference launched the beginning of her career as a successful property investor.

It was Caroline’s resilience to break through the property market, that inspired me to write about her journey. I watched an interview of her giving an account of the adversity she faced when she was renovating her first property. The first electrician she interviewed told her that he wouldn’t work for her because she is a young, black woman. The plumber tried to charge her £12,000 for a job that costs a maximum of £2,500. It was only on the seventh interview that she was able to employ someone to do the renovations. She would also view 40-50 houses with her one and a half year old toddler wrapped on her back to buy a property.

“Making the shift to create is making the decision that you are in control of your future. You want to find the way to make it work.”

Her ability to visualise her success and do, is groundbreaking. In a climate where patriarchy and discrimination still thrives, Caroline Marsh continuously breaks down those barriers and lays out the blueprint for young women. She is a true visionary and a prime example that opportunities comes to those who create them. Her success shows that anyone with ambition, determination and consistency with the right mentoring can succeed.

I believe it is important that stories like Caroline Marsh are celebrated and shared, especially amongst the BAME community – as it gives us a strong sense of self-belief. Reading, listening and writing her story struck a great chord in me. Her success and humility in my opinion serves as the ultimate symbolism of female empowerment. As human beings we can all relate to her struggles, her dreams and most importantly her determination to fulfil her purpose. She has challenged us all – the young and the old to dream big and to not let fear cripple us from doing.