Claudia Jones – The First Notting Hill Carnival by B. Yakubu

Claudia Jones was born February 21st 1915 as Claudia Vera Cumberbatch; later on in her life, she started using the false name Jones as “self-protective disinformation”. As a child her family moved to America from Trinidad, five years later her mother passed away. Her family were so poor that when she graduated they couldn’t afford for her to go to the graduation ceremony. 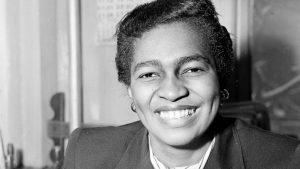 Although she was academically gifted, as a female immigrant she struggled to get jobs but eventually in 1937 she joined the editorial staff of the Daily Worker, rising by 1938 to become editor of the Weekly Review. After the Second World War, Jones became secretary for the Women’s Commission of the Communist Party USA (CPUSA).
As a result of her membership of CPUSA and various associated activities, she was arrested and sentenced to jail in 1948. She was also threatened to be deported back to Trinidad but that was refused and instead, she was offered residency in the UK.
Upon arriving in the UK, after all her involvement in the political community that she had just left in the United States, she was disappointed to find there was still hostility shown to black women.

In 1958 she founded the anti-imperialist and anti-racist paper, The West Indian Gazette and Afro-Asian Caribbean News (WIG), the paper helped contribute to the rise of consciousness within the black British community.
On top of that she soon started campaigning against racism in housing, employment and education and in the early 60s she also campaigned against the 1962 Immigration Act which would have made it harder for non-whites to migrate to Britain. 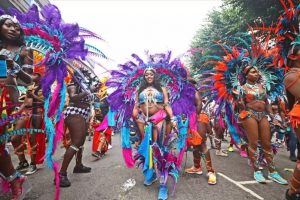 The beginning of the Notting Hill Carnival

Four months after launching WIG, racial riots broke out in August 1958 in Notting Hill, London and in Robin Hood Chase, Nottingham, and in response, Jones began receiving visits from members of the black British community and also from various national leaders responding to the concern of their citizens.
As a result, Jones identified the need to “wash the taste of Notting Hill and Nottingham out of our mouths”. In December 1958 it was suggested that the British black community should have a carnival. Jones used her connections to gain use of St Pancras Town Hall in January 1959 for the first Mardi-Gras-based carnival which was televised nationally by the BBC.
And that was the first Notting Hill Carnival, since then the carnival has almost become a staple of British culture with millions of people participating every year. No matter how big it becomes the values of the Notting Hill Carnival will remain the same.