According to Google, aesthetic as an adjective is defined as being “concerned with beauty or the appreciation of beauty.” The Urban Dictionary, on the other hand, gives a slightly clearer definition: “A combination of things that are easing to look at.”

Although the craze has only recently begun, aesthetics have been the topic of many creative people’s minds ever since the era of the Ancient Greeks. Many philosophers and aestheticians have been absolutely hooked on the question- “What is meant when something is said to be beautiful?” The Greek word, from which aesthetic was derived from, was ‘aisthētikos’. Such a word was defined as ‘relating to perception by the senses’. Of course, it easily explains why things with a ‘gorgeous aesthetic’ truly touch those who look at it- bringing in a whole cauldron of emotions. On the other hand, the alternative definition is ‘perception’, which is a stronger case for the argument to follow.

So, to you, what is ‘beautiful’? Is it seeing a scene with a lot of bright colours? Is it the gentle glint of gold on a red velvet carpet? Could it be viewing a photo using ‘the rule of thirds’? The definition of ‘beautiful’ changes for everybody and is a matter of perception. It is all about ‘taste’.

As I had previously mentioned, aesthetics have been taken to a brand new level. On innumerable social media platforms, including Tumblr, Instagram, Google+, it is evident that many people are become increasingly concerned with aesthetics- ensuring that posts are beautiful and pleasing to any eye. Funnily enough, as an outside viewer, you can truly see how ‘taste’ truly does affect the work produced. Some like words, some like lights, some like pastel tea sets, a few like psychedelic images and others like grunge photography.

The rise of such a genre of art has given way to a new level of appreciation- to things so natural and ordinary, yet so taken to heart. Ordinary objects are now becoming the subjects of appreciation due to aesthetical movements, and people are focusing on natural beauty too! Many “love yourself” and “self-care” movements have often been tied around the field of aesthetic; it’s all to taste, is it not?

So, the conclusion of this aesthetic argument today was to prompt you to think- what is beauty to you? It is important that we mustn’t take natural beauty and things for granted. It is also key to make sure that you, yourself, love what you love. Do not follow other people. Someone else’s aesthetic may not be yours, you may not find it as pleasing to look at. Always pay attention to the art that’s in your own heart and never, ever, trade it for somebody else’s! 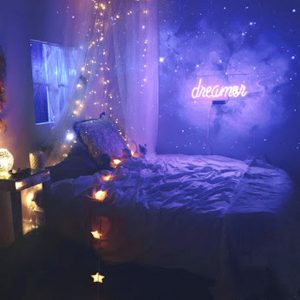