On Aug. 1, 1966, a sniper rode the elevator to the top floor of the University of Texas Tower and opened fire, holding the campus hostage for 96 minutes. When the gunshots were finally silenced, the toll included 16 dead, three dozen wounded, and a shaken nation left trying to understand what had happened. Archival footage is combined with rotoscopic animation in a dynamic, never-before-seen way to illustrate the action-packed untold stories of the witnesses, heroes and survivors. 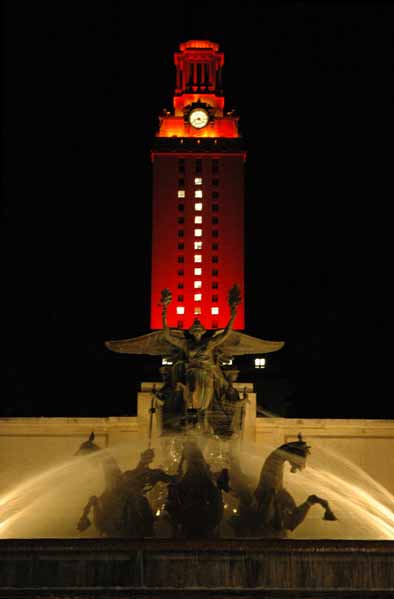 The University of Texas tower from which the shooting took place.

Tower is a film about a mass shooting on the University of Texas campus from 12 pm to 1.30 pm on the 1st of August 1966. Using animation, interviews, recounts, and old footage, it tells the story of one of the worst mass shooting in American history.

Tower is a film about extraordinary acts of human selflessness. As the gunman rains bullets down on the University of Texas area, single instances of human bravery stand out: the civilian deputised to aid in the raid on the tower; the girl called Rita who lay with a pregnant woman who had been shot in 100 degrees Fahrenheit Texan heat to keep her conscious; the boys who then ran out from cover and carried her to safety; the cops who finally killed the gunman; the radio station who covered the event.

Tower is a film about individual stories. The filmmakers use an innovative format to keep the audience engaged and emotionally invested. By intercutting animation and real-life footage, the story is made to feel urgent and suspenseful. In the end, when we are introduced to the survivors, it already feels like we are intimately familiar with them. It also encourages us to look around us. Even though these people are the best of humanity, you wouldn’t look twice at them in the street.

Finally, Tower is not a film about the perpetrator: we hear his name perhaps once. The only time he is discussed is when one of his victims says she forgives him. This is not a sad film, no matter what the subject matter may lead you to believe. This, despite everything, is a film of hope.