The Honourable Ms Dame Linda Dobbs has had an incredible effect in my life and I would like to think that many upcoming legal advisors and barristers admire her as a result of her phenomenal experience, culture and race.

Ms Dobbs was born into a Sierra Leonean and an English family,with her mother being from Sierra Leone and her Father being a British Lawyer who went on to serve as a High Court Judge in Sierra Leone. Honourable Linda Dobbs was born in 1951, studied Russian and Law at the University of Surrey, and graduated in 1976. Linda Dobss’ career began in 1981 and by 1998 when she was called to the bar taking silk ( a mark of outstanding ability given to a limited number of senior barristers).

Honourable Dobbs was a member of bar council committees and chaired the professional standards and the Race Relations Committee; she became a Chairperson of the biggest specialist association at the bar. In 2004, she was appointed Judge of the High Court. An eloquent public speaker, as well as a respected professional, one can only imagine how she powered through cynicism and bigotry with her head held high. 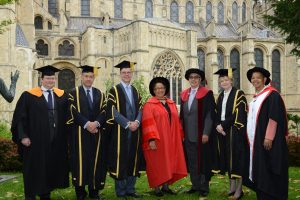 She was awarded five Honorary Doctorates since 2006, also appeared on radio and television shows both in the UK and abroad. In addition, Ms Dame contributes to a great number of legal publication, appeared in the Black Britannia Exhibition in London by Daily Mirror, she was also included in the list of Britain’s 10 most powerful black women and the 100 Great Black Britons alongside, Doreen Lawrence- who campaigned for Justice for her son Stephen, Lady Amos, the leader of the Lords.

Ms Dobbs believes she is the “first of many to come”

This phenomenal black woman, Honourable Ms Dame Linda Dobbs, inspires me greatly because she is a woman of colour with tremendous recognition and achievement. This is extremely rare in the time and era she was born. Furthermore, her prudent characteristics and determination have allowed her to break the glass ceiling of racism and sexism and her taken her far beyond the expected limit. She retired with a great name and has written a remarkable history as the first black person to be appointed a High Court judge. 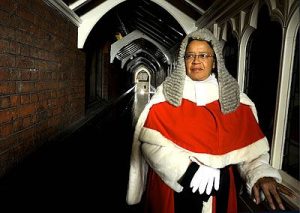 What more can I look for in role model?