How Rihanna Has Inspired Me by Vanessa Yakubu

Many people have inspired me over the years, one of those being Rihanna. The singer, songwriter, actress and businesswoman, has amazed millions with her talents and is continuing to do so.
She has done many remarkable things, but the one that stood out to me the most was when she released her makeup line Fenty Beauty on the 8th of September 2017. Many other existing cosmetic lines that feature very limited shades; however, Fenty Beauty has 40 that match the lightest, darkest and everything in between. It’s a pure example of the new generation of beauty.

Why did she start Fenty Beauty?

Robyn Rihanna Fenty (full name) decided to launch Fenty Beauty in September of 2017. In the time before the release, she attended various interviews that asked her the same question. Her answer was simply ‘I want woman everywhere feeling included.’ She designed Fenty Beauty for women all over the globe, no matter their skin type, tone or their style.

How Fenty Beauty inspires me

Many cosmetic lines have very restrictive options regarding skin tones, and many don’t have dark shades at all. They usually go up to a mixed race skin colour and end there. It makes dark women feel excluded and quite frankly ignored. So, seeing Rihanna rise to the situation and create such a diverse range of foundations has really left me stunned and appreciative. Her brand is thriving so far, and all the dark shades sold out immediately after the first release. 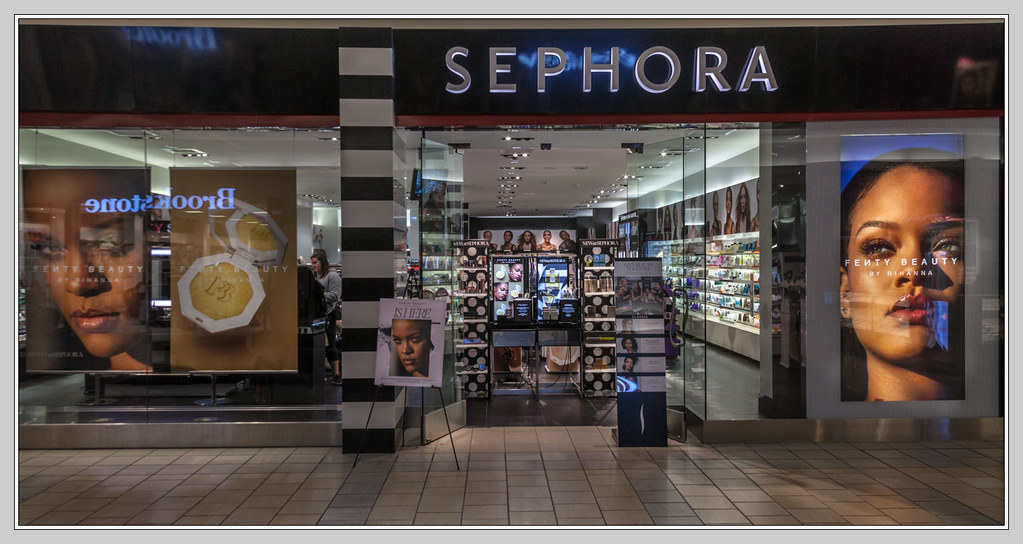 Prior to Fenty Beauty, Rihanna has also inspired me with her successful acting career. She has featured in various movies, including voicing in the movie Home, and is a part of the recent movie Ocean’s 8. She has managed to climb up the ladder with her singing and is now using that to promote and expand her horizons even further. Her having the ability to do so shows her determination and tactical thinking.

Despite her huge amount of fame now, Rihanna wasn’t born in the limelight. She was born in Barbados in 1988, with no famous heritage or privileges. She later reinvented herself, and rose to fame in 2005 with the release of her album Music of The Sun. Since then she has had the capability to increase her popularity even more. Seeing a woman of colour do so is motivating and influential to me.

I aspire to be like Rihanna-work my way up the career ladder and do something positive (in her case making a diverse makeup line) with it.
She, a person of colour, has succeeded in life and is a great role model to others, especially other people of colour. Making dark-skinned women feel included and setting an example to other cosmetic lines makes her incomparable to others.
She is also daring and bold, and I like the way she lives by her own rules.