ACES Aspire was lucky enough to catch up with Joanna Kefas, an imperial College Medical student and an ACES Alumni member. Read Joanna’s inspiring interview below and find out what it is like studying medicine at one of the world’s top universities. 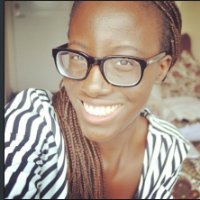 ACES Aspire: What is your name?

ACES Aspire: What is your career aspiration?

To become a good doctor

ACES Aspire: What university do you attend?
Imperial College London 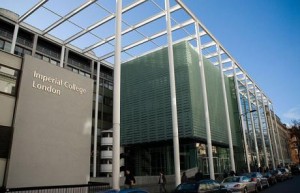 ACES Aspire: What course are you currently studying?
Medicine

ACES Aspire: What is your course like?
Two years of typical university lectures, then three clinical years on the wards of local hospitals, so learning becomes pretty much self-directed.

ACES Aspire: Why did you choose that course?

Right now it’s the only way to become a doctor.

School for me was about cramming my interests in science, humanities, art and sport into the school day. Looking back, I don’t know how anyone manages to study so many subjects whilst juggling extracurricular activities, but somehow you just do.

ACES Aspire: What is it like going to university?

It was a big jump from school, both academically and personally. You have to learn to take care of yourself and stay on top of things. Regardless of course or university, you definitely learn some important life lessons (mostly in your first week).

ACES Aspire: Some young people think it is no longer worth going to university. What do you think?

I definitely don’t think it’s for everyone. If you have no clue about what you want to do in the future, going to university ‘just because’ isn’t going to help. If your career aspirations can be achieved without university, e.g. apprenticeships, go for that instead. You’re never too old to go to university, so if you take a few years figuring stuff out that’s ok. That said, there is something unique to the experience of university, so if you can/want to go – go!

ACES Aspire: What do you wish you had known before you started university?

You will never be fully prepared

ACES Aspire: What do you do when you are not studying?

For the first few years I was involved in a number of societies, like the African-Caribbean society, the Christian Medical Fellowship/CU and basketball club. As my course went on and clinical placements took me further and further away from my university campus, I got involved with external charities – mostly helping young people achieve their goals.

ACES Aspire: What has been your biggest achievement/ challenge to date?

Medicine itself is a daily challenge. Besides that, completing a 10K race in under an hour. I hated cross country at school and only ever did sprint races (200m max). So one day I thought, I wonder if I could run 10K. One month later I did.

ACES Aspire: Who or what has inspired you the most?

My parents. Way too many reasons to say why, so I’ll leave it at that.

ACES Aspire: If you had to go back and say anything to your 16 year old self what would you say?

ACES Aspire: How did you become involved in ACES?

My African-Caribbean Society won an award for their work with young people and students. I attended the ceremony and was so inspired by the achievements of people as young at 8 years old! I had no idea organisations like ACES existed, so I was determined to help in any way I could, even if only a little bit.

ACES Aspire: Do you have any words of advice for young people today?

It’s easy to give up when faced with mistakes/setbacks/challenges etc. “Forget it enough to get over it. Remember it enough so it doesn’t happen again”. [Not my words]

ACES Aspire: If you ruled the world, what one thing would you change?

Find a way of reintroducing the concept of community spirit.