Michelle Obama: From Grass to Grace by Yvonne Oparaku

Astounding Michelle Obama, wife to the first ever black president, mother to two beautiful daughters and a career woman was born in 1964 in Chicago, Illinois. Her father, Fraser C. Robinson III, a pump operator for the Chicago Water Department. He died in 1991 of complications derived from multiple sclerosis. Her mother, Marian Shields Robinson, was a housewife, raising Michelle and her elder brother, Craig in their South Side Chicago home.

During a recent interview with Vogue she said that, as a teenager on the South Side of Chicago, she had been told at school that she wasn’t “Princeton material.” During that first campaign, Obama, a graduate of Princeton and of Harvard Law, heard that she was not First Lady Material, she was “angry,” “abrasive,” “nontraditional,” too big”,” too black”, not someone Americans were ready for—not a lady, like Cindy McCain, the wife of her husband’s eventual Republican rival. 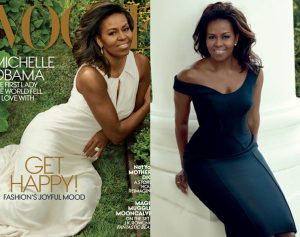 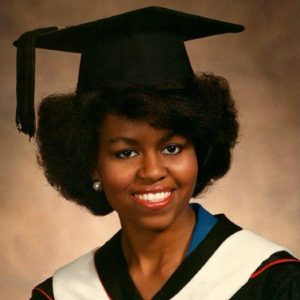 Michelle LaVaughn Robinson Obama worked at Chicago law firm Sidley Austin as a junior associate specializing in corporate law. She later on assigned to a summer intern, Barack Obama. After so much failed romantic advances at her, Michelle, later on, acknowledged Barack’s romantic advancement and the couple started dating, two years on they were married.

Michelle Obama left corporate law in 1991 and pursued a career in public services and assistant to Chicago mayor Richard Daley. In 1993, she was named executive director for the Chicago branch of Public Allies, a leadership training program for young adults. 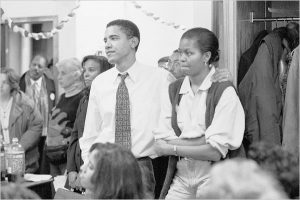 In 1996, Barack Obama decided to run for Illinois State, which Michelle helped by raising signatures and organizing fundraising parties. Two years later, Mrs Obama delivered two beautiful daughters. Michelle often had to juggle the demands of work, family and tending to the business in the State capital of Springfield.

A woman of honour, she continued to hold the University of Chicago Hospitals position. However, due to the birth of her daughters, she cut back to part-time in order to spend time with her daughters as well as work for her husband’s election. 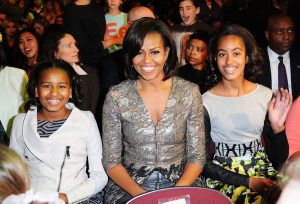 Remarkable and honourable Michelle LaVaughn Robinson through her journey and experiences in life she was able to impact the lives of so many people both young and old. Despite the hole in her heart due to death of her father, Fraser C. Robinson in 1991 and her friend Alele who died for cancer, she was able to stay motivated, overcoming every obstacle thrown at her such as negativity and bigotry. All these factors contributed to her greatness which led her to become most talked about in history. 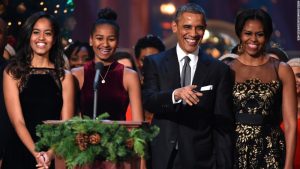