A Reflection Of My NCS Experience by B. Yakubu

During the summer, I took part in the National Citizen Service also known as NCS, which allowed me to learn new skills and meet new people with the same interests as me. It was split into 3 phases:

Phase 1 was very awkward for everyone since it was the first time that everyone was meeting each other. I went on my own, so I was worried that I wouldn’t make any friends but what I forgot to realize was that every person on NCS is there to make friends. The adventure phase was great because I got to bond with people while doing fun activities, like canoeing, archery, rock climbing and so much more. What was even better was that on the coach ride back there was barely any silence since everyone was talking to their new-found friends. 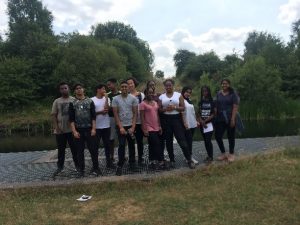 Phase 2 was residential like phase 1 so I spent 4 nights and 5 days away from home, we stayed in university-like accommodation with our own rooms and ensuite’s, we were also left in charge of feeding ourselves. During the day we would go to a youth centre and learn about public speaking and how to get your point across in a debate. I would say that phase 2 is where I bonded the most and got closer to more people than in phase 1 since I was more comfortable to be myself. For the last evening each we played NCS Come Dine with Me where each flat had to make a meal for our mentors to taste and judge. My team came up with a Latin American theme with chicken fajitas and chilli con carne, we also played salsa music and we danced. At the end we had a showcase where we could invite our family members to come and see what we had learnt in phase 2 each team made a presentation and at the end the mentors announced who’d come first, second and third in the Come Dine with Me, my team came third.

Phase 3 was about planning the three days we had for phase 3b days. In those three days we would have a sponsored walk, day of collecting food donations for our assigned charity (Sufra food bank) and a day of raising awareness of our chosen charity. Phase 3 was a bit like a school day, we’d come in at 9:30 and leave around 4:00. Everyone found phase 3 boring, but we came in not only because we wanted to complete NCS but also because we’d grown so close.

Phase 3b was about putting to plan our social action. On the first day we had a sponsored walk where we had to go around Wembley, since my group was based in Brent, and we were given a list of tasks to do such as help members of public, make a music video, high five different members of public etc. 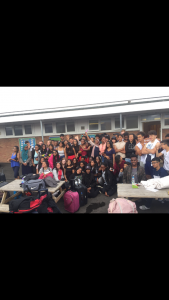 Then the second day we spent going around to supermarkets and shops asking if they could make donations to our food bank. Finally, on the last day we did our campaign to raise awareness of our chosen charity, in which we went to a park and handed out free drinks and made the public aware of our charity.

Overall, I really enjoyed my time at NCS and I’ve made so many new friends. Having finished NCS, I think it was a good thing that I went alone because it forced me to try talking to new people more than I would have done if I’d have gone with friends. The mentors who looked after us were only a few years older then us meaning they could relate to us more and it meant that we were comfortable going to them if we had a problem.