This Black History Month, Noel Clarke is our film hero! 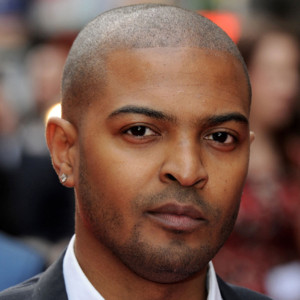 This year ACES students are taking a journey down memory lane to identify the celebrity or achiever who has inspired them over the years. 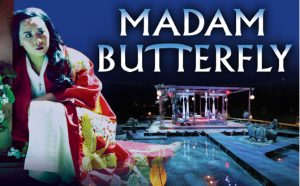 In 2011, Shanika and other students had the privilege of being part of an innovative project (Madame Butterly the Opera- Revisited) at the Royal Albert Hall where she meet many celebrities and high achievers including Noel Clarke. 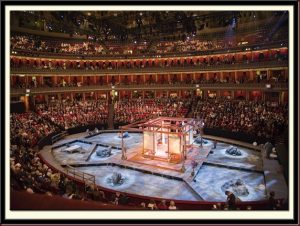 Being a part of this project had a profound impact on Shanika’s confidence and academic achievement. She was so inspired by the event and her meeting, she is currently studying A’Level English.

Read her amazing story and why she has chosen Noel Clarke as the ‘film hero’ this month.

Shanika’s Verdict: Why have I chosen Noel Clarke?

Noel Clarke is one of the biggest names in the UK acting world. It’s a bit cliché for me to say this, but honestly: WHERE do I begin?

Noel burst into the British acting industry with his phenomenal debut in ‘Kidulthood’, which was released in 2006 in numerous countries, including Sweden and America. Noel played one of the lead characters, Sam, who is undisputedly still one of the most-despised characters in British urban film history! ‘Kidulthood’ portrayed the everyday lives of ethnic teenagers trapped within the vicious circle of growing up in a London consumed by crime and violence. Following the huge success of ‘Kidulthood’, a highly anticipated sequel, ‘Adulthood’, was released in 2008. Once again, Noel played Sam, this time after he is fresh out of prison, left without family or friends, and searching for forgiveness for his wrongdoings.

‘Kidulthood’ and ‘Adulthood’ definitely opened up numerous doors for the keen actor, who has since added to his repertoire of achievements. As hard as it is for Afro-Caribbean actors to ‘put themselves out there’ and gain the recognition they truly deserve and fight for, Noel has continuously been a patron for us. Not only does he act; he also writes screenplays and directs. One example of Noel’s many achievements is ‘Storage 24’, a movie he starred in and also co-produced. This British sci-fi horror film displayed Noel’s endless talents in the ‘big-screen’ department. 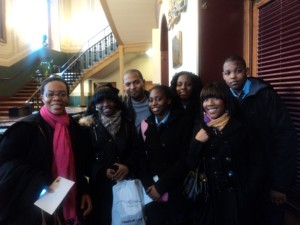 In 2011, ACES took members of my group and I to Royal Albert Hall, where we were lucky enough to pitch an idea for a drama piece Madam Butterfly Opera Revisited) to a panel of respectful judges.

Much to everyone’s excitement, Noel Clarke was one of them. The room was absolutely buzzing with overwhelming enthusiasm, competitiveness and nervousness.

Unfortunately, my ACES group didn’t win the competition, but that disappointment was outweighed by our amazing chance to get autographs and pictures with Noel. I immediately rushed to join the growing queue to secure my irreplaceable chance to meet one of my favourite actors. It certainly means a lot more when someone can relate to you. Noel most probably suffered from the same unfortunate stereotypes that come with being an African-Caribbean person in London as I have.

Four years on, I still remember my conversation with Noel. It may have been short, but my memory of it will last a lifetime. Noel politely greeted me and asked my name as I handed him a paper and pen for my autograph. I timidly confirmed that my name was “Shanika”. This led Noel to inform me that he knew another woman named Shanika. We laughed. Now he knew two Shanikas! That was a moment I won’t forget! The nervousness I felt during my wait to meet Noel disappeared while I was talking to him. He was so down to earth that I almost forgot that he was a celebrity!

As soon as my group finished meeting Noel, we were all shocked and filled with joy. For the rest of the journey home, Donia’s ears were filled with endless ‘thank yous’ for giving us this amazing opportunity. I know I’m not the only one who reminisces upon that day, which fills others I tell it to with unshakable envy. However, I never forget to mention that it was indeed the BRILLIANT ACES Youth Project and Royal Albert Hall that made this dream a reality.

Main image of Noel Clarke courtesy of the Independent.co.uk