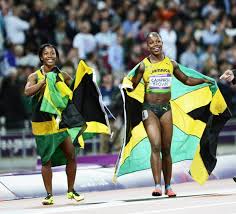 When ACES ASpire student reporter, Chantelle Roberts, interviewed Shelley-Ann Fraser-Pryce at the Olympics in Britain (2012), Shelley- Anne made it clear that she was determined to remain ‘grounded’, ‘humble’ and ‘focused’ and that her achievements ‘would continue’ and ‘would not stop’. 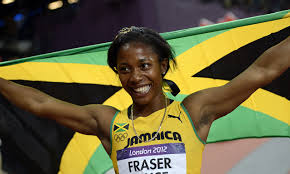 Shelley- Ann Fraser-Pryce has since become the first female to be crowned with three 100m world titles and world titles at 60m, 100m and 200m simultaneously.

Her drive and work ethics were astounding and after a blazing record of achieving an equivalent of three gold medals like her male counterpart Usain Bolt, she deserves the spotlight as the top achiever who is inspirational both on and off the field.

Shelley- Ann Fraser-Pryce, was described by the Guardian as the ‘the greatest woman 100m runner of her era, perhaps of any age’ despite being recognised as the ‘fourth’ greatest sprinter to date. Her record to date has been astounding. Her achievements are quickly outstripping all female sprinters who have come before her.

Words of Wisdom from Shelley- Ann to ACES students

‘Continue to Dream, Believe and Have Faith…’

During this Black History Month, we join force with ACES Youth Project to recognise Shelley- Ann as one of the world’s leading black achievers who has taken the time out to inspire ACES students at events or through interviews. Her interview with Chantelle, aka Motorsport Chic, at the 2012 World Olympics was truly inspiring. Shelley-Ann demonstrated her ability to inspire young and old.

Shelley-Ann has propelled to success through hard work and a very positive mentality. She is nicknamed the ‘pocket rocket’, due to her ‘petite frame’ (she is 5 feet tall) and her lightning fast starts. Where some would see size as a hindrance, she has gone on to prove otherwise. Amongst many accolades and achievements, Shelley- Ann is ‘the only female athlete to hold both titles on two separate occasions (2008 Olympic title and 2009 world title, and the 2012 Olympic and 2013 world title)’. We have created a timeline of some of her key achievements.

Fact file: Her Achievement at a glance

Name: Shelly-Ann Fraser-Pryce
Born: 27 December 1986 (Jamaica)
Career: Jamaican Track and Field Sprinter
Key Achievements
2008 At age 21, she became the first Caribbean female to win 100m gold at the Olympics (Beijing).
2009 Won 100m gold medal at the IAAF World Championships. She became the second female sprinter to hold both World and Olympic 100m titles at the same time.
In 2012, when ACES met Shelley- Ann at the Olympics she went on to successfully defend her 100m title.
Shelley- Ann became the third woman to win the 100m in two consecutive years at the Olympics.
2013 Became the first female sprinter to win gold medals in the 100m, 200m and 4x100m in a single world championship.
2015 Won the world title in 100m. Hailed as the only female to be crowned world champion over 100m three times (2009, 2013, 2015).

Pictures courtesy of the Guardian and Jamaican Gleaner.
Source for Shelley-Ann’s Key Achievements