We all love to tell our children stories of great people and the heroic deeds that they have done. It is always good to know that we can learn from our heroes. One such person is Nelson Mandela. He lived a life that was admirable to many people around the world and we celebrate him today because of all that he taught us through his life.

He was born in Qunu village, in the state of Transkei on the 18th of July 1918. His parents were Nosekeni and Gadla Macha. He got to see the apartheid era in South Africa and eventually he, together with all his people were able to experience the joy of being in a free nation after a long struggle.

He died at the age of 95 years on the 5th of December 2013. As parents and guardians of young children, our desire is to see them become the best they can be through observing others who have gone ahead of them. Mandela’s story and legacy can be used to teach children many valuable lessons.

1. Do not harbour hatred, bitterness and resentment 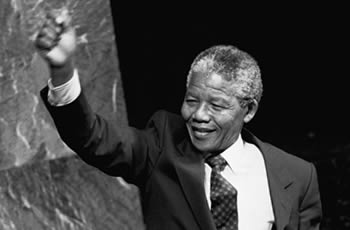 The first lesson that your child can learn from Nelson Mandela is that hatred, resentment and bitterness are not good to harbor because eventually these become harmful to the person who habours them.

Those who colonized the country did many things that were hurtful to the people of South Africa and to Mandela who fought hard for the freedom of the land.

Mandela’s story shows children that he would have sought revenge after he was freed from prison, but instead he worked hard to initiate forgiveness, peace and reconciliation with those who had hurt them.

Your child too can follow his example and seek to be reconciled with those who may have hurt him or her. 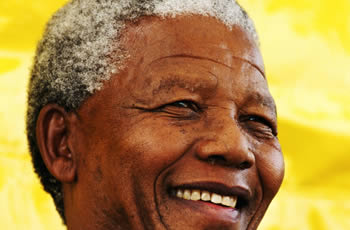 Secondly, your child can learn from Mandela’s life to fuel love rather than hate. To love other children regardless of their nationality or race.

In South Africa, the culture of racism that was growing because of all the suffering that was going on would have created ill feelings and a lot of hatred for many generations if nothing was done about it.

Mandela was wise in realising that the human heart responded more naturally to love than to hatred.

He therefore urged the people of South Africa to unlearn the hatred in their hearts and learn how to love again, in spite of the cruel treatment that they had gone through.

Do you need to unlearn hatred towards your enemies and instead begin to love them? It is possible because Mandela showed us how. 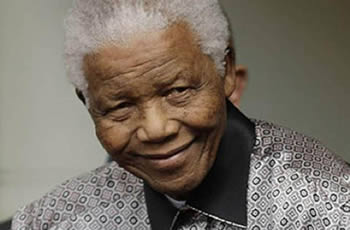 Another lesson that you can teach your child from the life of Mandela is the importance of being brave and standing up for what is right.

Mandela’s life teaches kids great lessons on being courageous. He reminded us that we may experience fear, but that did not mean that we lacked courage.

What we needed to do was overcome that fear and then we would truly know what courage was.

Even when a lot of things were against him, Mandela remained on course and did not walk away from doing the right thing.

Your child can also learn to face any fear they may have, and not run away in fright but do what is right anyway in spite of the fear.

This is true courage as Mandela taught us. 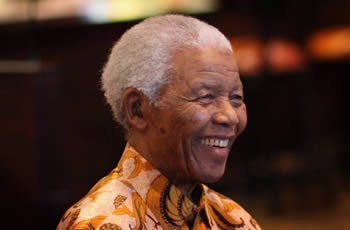 Through Mandela’s life, your child can also learn how to keep going and never give up or quit in life.

It is amazing to know that even though Mandela was imprisoned for 27 years, he did not give up hope that one day his dreams would come to pass and that South Africa would be free.

He could have taken the offer to accept his own freedom and never fight for the freedom of South Africa another day.

But he knew that the bigger picture was more important and he chose to sacrifice his own freedom so that he would get to see the whole nation free. Eventually, his dream came to pass and his endurance paid off; South Africa became free.

In the same way, your child can be encouraged to keep doing what they believe in without getting tired because in the end, they will reap the benefits. 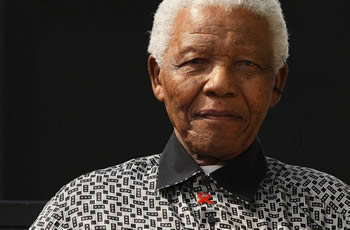 One other valuable lesson that your child can learn from Mandela’s life is the importance of remaining peaceful at all times and appreciating others.

After imprisonment, Mandela campaigned hard to ensure that people from all races, tribes and nationalities who were living in South Africa remained peaceful and coexisted harmoniously, in spite of their differences.

He urged his people to look beyond the skin color and work towards co-operating with everyone.

This is a great lesson indeed, and your child can learn to see other children and other people in the same way whether at home or in school. This will enhance peaceful coexistence in every place.

These are just some of the few lessons among the many Mandela taught us. And if your children can learn from them and live them out daily, then we will all begin to see a difference within and around us – for the better.

Encourage your child to take action with what we have learnt from Mandela and make sure you download our amazing Mandela app.

Which one of these lessons is your favourite? If you were writing this article, which lesson would you add? Comment below!