Schoolgirl achieves 11 As and wins award at the 2nd Pride of Brent Awards. 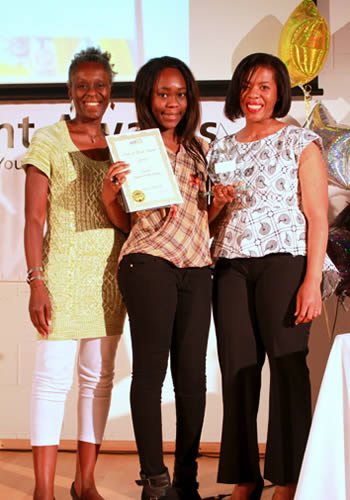 Action in the Community (AITC) hosted their second annual Pride of Brent Awards ceremony on the 27th of April 2014. The special event took place at The Roundwood Centre and was attended by the nominees and their families, teachers, sponsors and community groups from across the borough.

Mansa Femiola, 17, a student at Kingsbury High School, was the winner of the highest GCSE category. The student, from Kingsbury, won the award after achieving 11 A*s and 1 A in her exams taken last year.

The awards ceremony was created by AITC to recognise and celebrate the achievements of black children aged 10-18 from Brent, in a variety of areas including best GCSE grades, creative arts, most improved and community contribution.

AITC Member Norman Vaughn commented, “Black children and youth in Brent get far too much negative press. So we wanted to create an occasion where we could recognise and celebrate the outstanding achievements of the young people in this Borough”.

Other Winners on the night were:

Donia from the ACES Project who presented the prize to the highest GSCE grades winner commented, “ It was important that these children, their parents as well as the teachers who nominated and supported them are recognised, and that people know that our black students are supported.” 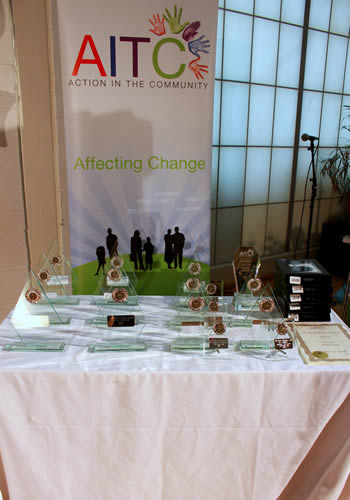 The ceremony was also attended by the family of Community Champion and former award winner Trevor Hutton who passed away in April.

During a tribute to Mr Hutton, his son, Tejean Hutton told the audience “My father was so proud to have received his award last year, it really inspired, motivated and gave him that push to continue his community work”.

An award was renamed the “Trevor Hutton Sporting Achievement Award” in his honour.

This year, the Jean Campbell Outstanding Community contribution Award went to Della Idowu for her commitment to raising awareness of organ donation.

Della has worked tirelessly and passionately for the past three years to raise awareness of organ donation and has alowed her life to transform the lives of people with kidney failure in Brent, especially within the African and Caribbean community.

David Mullings, founder of AITC commented, “ It’s a pleasure for the AITC team to be the custodians of such a inspirational event, we are very proud of how the awards are progressing. Next year will be bigger and even better with the opportunity for the general public to also attend the evening.”

If you know of any other celebratory events that you would like us to know about, do not hesitate to leave a comment below or contact us here.