A single pebble causes a ripple, and so can public speaking!

If I am totally honest, public speaking is quite frightening which I find really ironic because of my career path.  I am to a great degree concealed. However addressing individuals, sharing sacred scars, caused by past hurts and encounters brings me so much satisfaction.

Inspiring someone is even a greater joy.  My drive and motivation for being a public speaker is stemmed from having the capacity to pour out my insight and involvement in life. This is because I believe it will affect, no less than one individual, who do not have a role model or public figure to look up to. According to the Youth Justice Annual Report, in the year ending March 2016, 88,600 arrests were made and it was of people aged 10-17. I mention this because some young people without positive role models or public figures lean and get their inspiration from the streets, hence the increase in crime rate amongst young children. These events tend to create cyclical conduct on the future generation of young children because they are without a positive role model.

I spoke to two young adults about week ago, they were both smart kids with big dreams and extremely articulate. One of them said to me

“going into college is a very big problem because I don’t learn anything useful and no one really cares if I turn up at college or not, that’s what I do what I do, to provide for my mother. She’s always happy when I help her out financially”

This blunder can perhaps be avoided if they had a strong role model, who could shift their perspective and focus.

What is it really like? You are probably wondering.  Everybody is distinctive. Well, imagine practising day and night in front of a mirror for two or more hours, getting to the ‘big day’ and realising you’ve forgotten your lines. Being spontaneous works best for me because most of the time fears and insecurity of getting my lines wrong tend to linger, over thinking kicks in and the thought of getting things wrong or not meeting the standards of other speakers tend run through my mind. I was able to speak to that young adult I met, I believe I impacted him positively. However, I believe this is only for a short period of time on the grounds that no one is available to do a ‘follow up’.

One of my utmost desires is to be totally “empty” before the end of my lifetime on earth as the late Myles Munroe said it. I feel that God allows and places me in various circumstances and situations with the end goal for me to tell ‘my story’. Why is my story important? Because it will inspire and be a catalyst for someone who forgets that there is always a light at the end of the tunnel.

Victoria Moran says “The idea that everything is purposeful really changes the way you live. To think that everything that you do has a ripple effect, that every word that you speak, every action that you make affects other people and the planet.“ 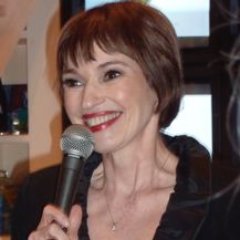 I will end with this- inspiring and jaw breaking public speaking does not begin nor end when a group of people are looking at you, expecting you to challenge or buttress their efforts. It begins when you spot potential and you act on it. Remember, a little pebble can cause a multi-directional ripple.

Careful discipline brings about promising results and with time, I will show signs of improvement