The Success and Inspiration of Serena Williams by Destiny

Serena Williams, five-time winner of the women’s tennis association in the singles division and is my inspirational figure. She grew up in Saginaw, Central Michigan with her older sister Venus and half-sisters, Yetunde, Lyndrea, and Isha Price.

In an article, she wrote:

“As women, we’re expected to do everything. As an athlete, an entrepreneur, a daughter, a sister, a wife, and now (wow!) a mother, I know it’s not always about perfection, but being prepared for whatever life throws in your direction.”

This true and inspirational quote surely affecting all kinds of people all around the world. 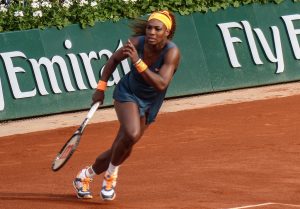 She started playing tennis with her dad at the age of three and went pro in October 1995. Over time her coaches consist of her mum, her dad, and a French tennis coach called Patrick Mouratoglou.

In Wimbledon 2018, she lost to Kerber and I believe that this was because she is a new mother and is still recovering from her muscular injury. Her coach said that she should be resting and that “she clearly came to early.” But she played nonetheless, this shows she is a determined player and has a passion for what she does.

As a professional tennis player her style is mainly a baseline player, who prefers to do forceful groundstrokes and take immediate hold of 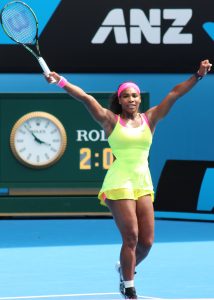 rallies. Truly, she is mainly an offensive player, but she also has a very powerful defence. Her forehand and backhand are considered to be

among one of the most powerful hits in the women’s game. She has been known to make exceptional comebacks especially in the grand slam (a set of championships.

Along with being an amazing tennis player she is determined and loves what she does. Williams is a role model to me because I have learnt from her, determination, perseverance, diligence, dedication and promptness to obey directions.