Throughout my adolescence I  always heard from family and friends that as an African I would have to work 10 times as hard as others to be successful, and as an African female I would have to work an additional 10 times harder to get to the same places as my Caucasian counterparts. This is why attending the 2017 Twitter Women’s event was a very inspirational privilege for me! I realised though I may have to work harder, it isn’t impossible to reach my aspirations of success.

Seeing various successful women in the media industry gave me examples of role models to look up to, helping me realise that with strong drive and hard work, success, whether it be in media or any other industry, is guaranteed. It was encouraging to find out that an international organisation like Twitter recognised the gender inequality within the industry and are attempting to make steps to improve this status. 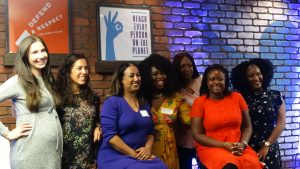 These women shared very beneficial advice about their journey to their current careers and professions which this article aims to relay to help other women aiming to reach the same levels as their male counterparts, particularly in the media industry. 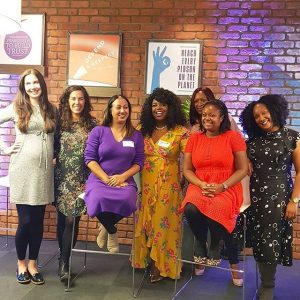 Advice on Furthering Your Career

One thing all the speakers agreed on was the importance of a sponsor, alongside of a mentor. Whilst a mentor provides you with the harsh truths, a sponsor will advocate for you and invest, not just their money but their time and faith, in you. A sponsor will be your voice in rooms you currently are unable to enter!

Hearing this made me realise the importance of having support and connections with others senior than you in one’s industry, as they will help you develop  your character as well as your career. Following on from this, developing your career is not about asking for permission or waiting for help, but putting yourself out there and looking for ways to get yourself noticed and to move the conversation [theoretical, of course] forward. A driving force mentioned by both Ms Fowler and  Ms Greaves was to accept your vulnerability and fear and back yourself.

A key quote I picked up from the event was:

“Never be afraid to dare to be different”- Angie Greaves 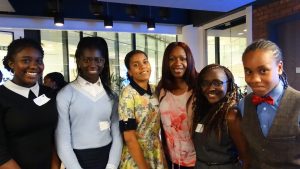 Getting the Most out of Mentorships

Whilst it was earlier mentioned that there should be more movement towards becoming sponsors over mentors, the importance of having a mentor was recognised to still be helpful. What surprised me, however, was hearing that informal mentorships often offered more benefits than those that are formal. Yet, hearing the panelists discuss how formal mentorships can become just another “to-do” in our schedules helped me understand their stance, though they can still have their benefits. What I also learnt that was essential to making the most of mentorships was being able to identify when the mentorships begins to have its disadvantages and knowing how to end it and move on.

It was interesting to hear Ms Fowler say that challenges regarding gender are yet to be overcome to achieve gender diversity, but one should keep preserving and

“Don’t let people silence you- if you see injustice speak out!”

Another point that I found key was Ms Moore’s point of recognising the challenges but not letting them hold you back. I believe this is crucial in being able to advance in career as ignoring one’s challenges will result in stagnation. An interesting perspective on challenges was to use them as an opportunity to educate others where they are ignorant. 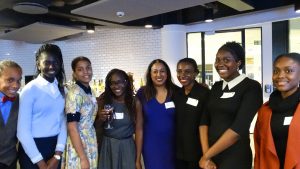 Whilst you can’t control the way people think and raise challenges, you can control your own behaviour-you need to act the way you want to be treated! Nonetheless, failure will happen but that’s okay; your career should develop you as a person, which is what failure can do- so long as you persevere to rise, strive and strengthen yourself. In our modern society, the job world is constantly changing, the panellists highlighting that jobs are no longer linear but focused around the acquisition of skills correlated with the earlier saying of:

“Move with the times or the times will move without you!”

Representing the ACES media team at this Twitter Women event was an honour for me and I learnt many things from these inspiring women. I would like to say thank you to Jacqueline Wilemse and Twitter for hosting this event, as well as all the panel speakers for attending and sharing their wisdom with us attendees! 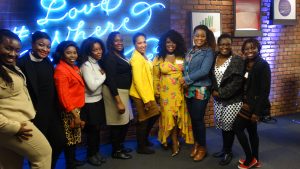 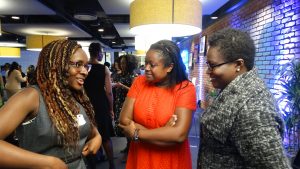